I have decided that, every month, I would post a little list of every book I’ve read in the past month. I’ll feature my favorite book of the month, as well as a summary of every other books I’ve read. This will be a nice way to reflect on what I’ve read and liked!

March was a month with quite a few books read, with no less than 9 books finished in the space of 31 days. A lot of thrillers among these, as usual! I was quite disappointed by two of my blind choices (The Store and Drought), but happy I finally got around to reading The Terranauts, which has been in my to read list for months. I really recommend Rattle, which has a quite interesting plot! The sequel is not as good, but still managed to keep me hooked throughout the book. 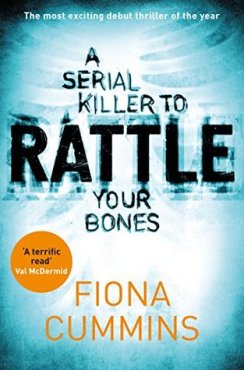 A serial killer to chill your bones

He has planned well. He leads two lives. In one he’s just like anyone else. But in the other he is the caretaker of his family’s macabre museum.

Now the time has come to add to his collection. He is ready to feed his obsession, and he is on the hunt.

Jakey Frith and Clara Foyle have something in common. They have what he needs.

What begins is a terrifying cat-and-mouse game between the sinister collector, Jakey’s father and Etta Fitzroy, a troubled detective investigating a spate of abductions.

Set in London’s Blackheath, Rattle by Fiona Cummins explores the seam of darkness that runs through us all; the struggle between light and shadow, redemption and revenge.

It is a glimpse into the mind of a sinister psychopath. And it’s also a story about not giving up hope when it seems that all hope is already lost. 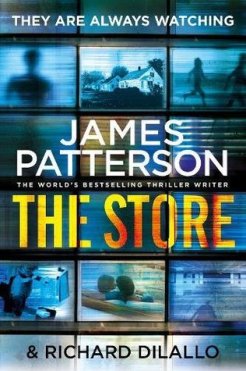 Imagine a future of unparalleled convenience. A powerful retailer, The Store, can deliver anything to your door, anticipating the needs and desires you didn’t even know you had.

Most people are fine with that, but not Jacob and Megan Brandeis. New York writers whose livelihood is on the brink of extinction, Jacob and Megan are going undercover to dig up The Store’s secrets in a book that could change the entire American way of life. But after a series of unsettling discoveries, Jacob and Megan’s worst fears about The Store seem like just the beginning.

Harbouring a secret that could get him killed, Jacob has to find a way to escape The Store’s watchful eye and publish his expose – before the truth dies with him. 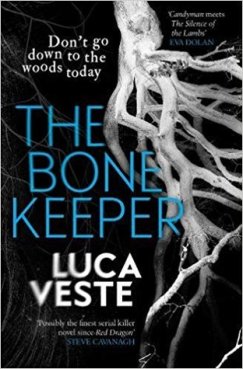 What if the figure that haunted your nightmares as child, the myth of the man in the woods, was real?

Twenty years ago, four teenagers went exploring in the local woods, trying to find to the supposed home of The Bone Keeper. Only three returned.

Now, a woman is found wandering the streets of Liverpool, horrifically injured, claiming to have fled the Bone Keeper. Investigating officer DC Louise Henderson must convince sceptical colleagues that this urban myth might be flesh and blood. But when a body is unearthed in the woodland the woman has fled from, the case takes on a much darker tone.

The disappeared have been found. And their killer is watching every move the police make. 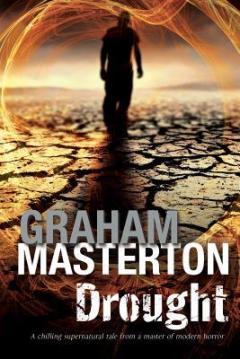 What would happen if the water ran out?
Ex-Marine Martin Makepeace only learned the truth of the maxim that you don’t know what you have until you lose it, the day his wife walked out on him with their two kids. Now, the social worker does his best to take care of those who need it most.

But good deeds mean nothing when the water just . . . disappears. It hasn’t rained for months, and now, in the height of summer, the taps run dry. And not, as they first suspect, because of a burst water main. In the deprived areas where Martin works, the water’s been intentionally cut off. And it’s his job, he discovers, to tell the families he cares for not to panic.

Martin soon has more problems than lack of water. His daughter is sick with fever. And as riots over bottled water start, Martin’s teenage son is framed, and arrested, for a terrible crime. Soon Martin is left with no choice but to take drastic action to save his family, while corrupt politicians try and use the situation to their advantage, with calamitous results 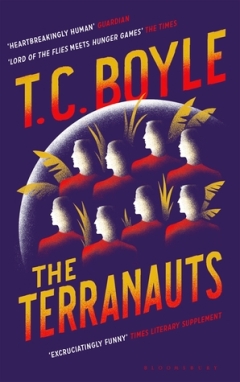 Eight people take part in an ecological experiment in 1990s Arizona. Inspired by real events, The Terranauts places human behaviour under the microscope to spellbinding effect

Linda is desperate to be one of the lucky eight chosen to take part in the world’s most ambitious ecological experiment. She knows that she can survive for two years under the glass dome of Ecosphere II, set in the Arizona desert. Competition is fierce between the hopefuls, among them smooth-talking PR man Ramsay, and Dawn, a naïve beauty. Inside the humid microcosm, the terranauts’ labours over crops and livestock, their battles with creepy crawlies, their hostilities and sexual dalliances are all observed by tourists who come to gawp, Mission Control’s cameras and the watchful eye of the media. As they struggle to control nature, and hunger sets in, the snake in this Eden starts to look unmistakably human… 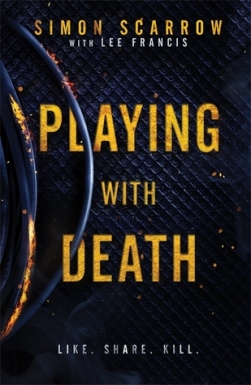 Haunted by a failed undercover mission, Rose can’t shake the memory of her close encounter with a ruthless serial killer – one who could strike again without warning.

Then comes the call to investigate a suspected arson attack that’s left a man dead. Rose fears the worst: that a cold-blooded killer has carried out the perfect murder. A killer with a terrifying imagination and the intelligence to stay one step ahead at every stage. She knows only one thing about him: that he will kill again.

Rules will have to be broken. And the clock is ticking… 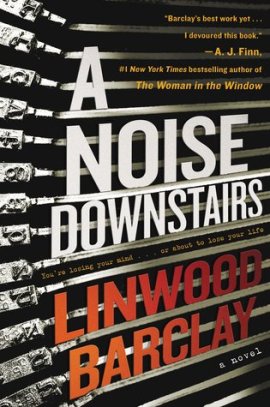 College professor Paul Davis is a normal guy with a normal life. Until, driving along a deserted road late one night, he surprises a murderer disposing of a couple of bodies. That’s when Paul’s “normal” existence is turned upside down. After nearly losing his own life in that encounter, he finds himself battling PTSD, depression, and severe problems at work. His wife, Charlotte, desperate to cheer him up, brings home a vintage typewriter—complete with ink ribbons and heavy round keys—to encourage him to get started on that novel he’s always intended to write.

However, the typewriter itself is a problem. Paul swears it’s possessed and types by itself at night. But only Paul can hear the noise coming from downstairs; Charlotte doesn’t hear a thing. And she worries he’s going off the rails.

Paul believes the typewriter is somehow connected to the murderer he discovered nearly a year ago. The killer had made his victims type apologies to him before ending their lives. Has another sick twist of fate entwined his life with the killer—could this be the same machine? Increasingly tormented but determined to discover the truth and confront his nightmare, Paul begins investigating the deaths himself.

But that may not be the best thing to do. Maybe Paul should just take the typewriter back to where his wife found it. Maybe he should stop asking questions and simply walk away while he can… 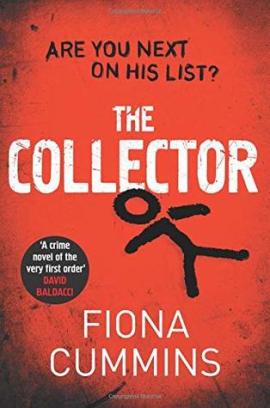 The Collector by Fiona Cummins is the gripping sequel to Rattle.

Jakey escaped with his life and moved to a new town. His rescue was a miracle but his parents know that the Collector is still out there, watching, waiting…

Clara, the girl he left behind, is clinging to the hope that someone will come and save her.

Life has fallen apart for Clara’s mother as she starts to lose hope.

The Bone Collector has a new apprentice to take over his family’s legacy. But he can’t forget the boy who got away and the detective who had destroyed his dreams.

Detective Etta Fitzroy’s life collapsed when the Collector escaped. With Clara still missing, and a new wave of uncannily similar murders beginning, will she be able to find him again?

What the Dog Knows, Cat Warren 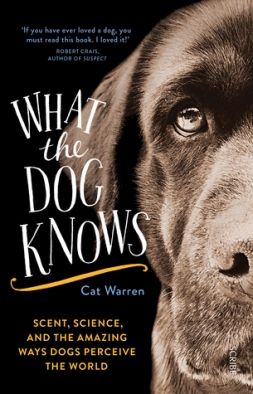 A New York Times–bestselling book about the extraordinary abilities of man’s best friend.

When Cat Warren adopted Solo, an unruly German shepherd puppy, she soon began to wonder what she’d let herself in for. Solo’s boundless energy was what made him loveable — but it also made him exhausting, and difficult to train. Then she struck upon an idea: what Solo needed was something to do.

Like many dogs, Solo was destined to work: using his nose to help the police locate missing people. In this lively, accessible book, Warren details Solo’s journey from troublesome pup to expert cadaver dog, and explores the fascinating hidden world of animals that do essential work and the handlers who train them.

Please note that, unless otherwise stated, all summaries and covers come from Goodreads.

View all posts by BookEater